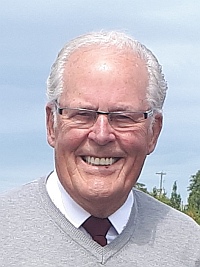 
William “Bill” Vander Zalm is an entrepreneur and retired politician based in British Columbia, Canada. Mr. Vander Zalm was elected to city council in Surrey in 1965 and became mayor in 1969. He was elected to the British Columbia Government in 1976 and served in the cabinet of Bill Bennett as Minister of Human Resources, then as Minister of Municipal Affairs and Transit and finally as Minister of Education. In these roles he planned and implemented the Vancouver’s SkyTrain rapid transit system, the Vancouver Trade and Convention Centre, the construction of British Columbia Place Stadium, and the construction of the Coquihalla Highway. He became the 28th Premier of British Columbia, and served in this role from 1986 to 1991. During his term he hosted the world during the 1986 World Expo in Vancouver, British Columbia and helped establish British Columbia as leading global economy and a dragon of Pacific Rim commerce. He proudly holds the record of having every budget balanced in every one in his political positions, from beginning to end. He is also respected for his vast knowledge of horticulture and his success in the agriculture industry, including the Art Knapp Garden Centres. Mr. Vander Zalm is currently leading the South Fraser Community Rail group to establish environmentally conscious rapid transit alternatives.